The Tour remains in Brittany for what is sure to be one of the most heavily spectated stages of this year’s edition. Bretons are massive cycling fans and with their homegrown Bretagne-Seché Environnement team amongst the peloton's ranks there is sure to be a raucous crowd lining the road. 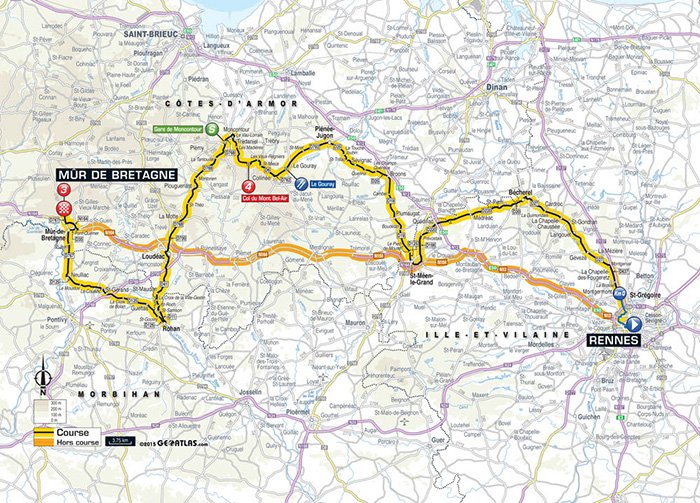 Today’s stage runs from Rennes to the steep and Ardennes Classic-like Mur-de-Bretagne. The climb is 2.2 km long, with its steepest 10% plus section coming around the 500 metre mark, before it flattens out for the last 500 metres.

The dead-straight Mur-de-Bretagne has hosted the finale of one previous Tour stage back in 2011, when Cadel Evans attacked Alberto Contador en route to his Tour victory. 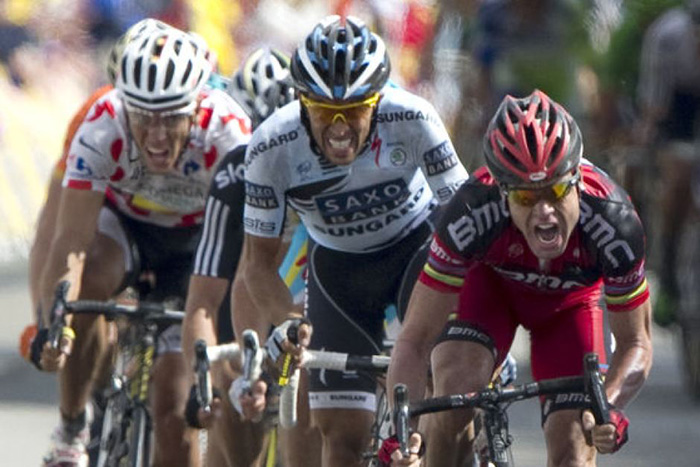 Another, slightly duller outcome could be that the GC contenders are content to let the breakaway go all the way to the finish so that no one benefits from the bonus seconds available at the summit.

With so many riders still in contention for a stint in the yellow jersey and a plethora of teams containing riders that could launch an attack on the Mur-de-Bretagne, this final climb is sure to be exciting.

What is definitely a lock is that the Bretagne-Seché Environnement will attempt to have at least one rider in the breakaway for what will be the biggest day in the team’s history.

After a torrid time in 2014, Dan Martin, the 2013 Liège-Bastogne-Liège winner, will be looking to grasp a top podium spot for a young Cannondale-Garmin team that has struggled through the 2015 season up to this point.

Martin, 28, looked strong on the Huy, albeit kicking too late to reach Froome and Rodriguez. The climb up the Mur-de-Bretagne will suit his skillset but he will need to attack in around the 1,400 metre-to-go mark and hope to leave the rest of the field in his wake if he is not going to be caught over the last 600 metres. 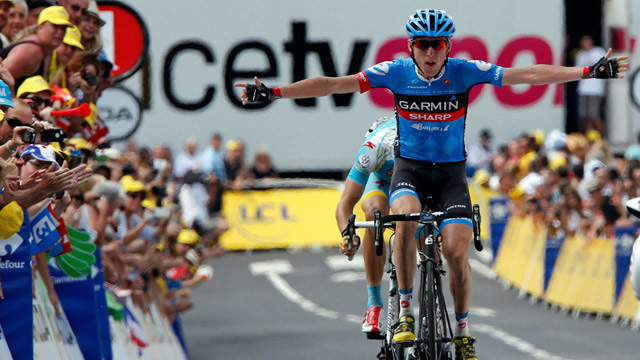 Let us know who you think will be victorious in Stage 8 in the comments section below.