Stage 9 sees the riders still in Brittany for a decisive team time trial. With a rest day on Monday, teams will be looking to put the hammer down over the 28 kilometre course to either preserve precious leads or buy back time before the Pyrenees.

Team time trials seemed to have fallen a little out of favour among Tour organisers in recent years. Looking at the parcours for this stage they definitely want to exact some pain into the legs of the riders before the rest day.

The course is undulating to say the least, with a nasty little kick at the end up the Côte de Cadoual. Watch out for measurable time gaps that could see some riders with pipe dreams of the yellow jersey out of contention before they even hit the mountains. 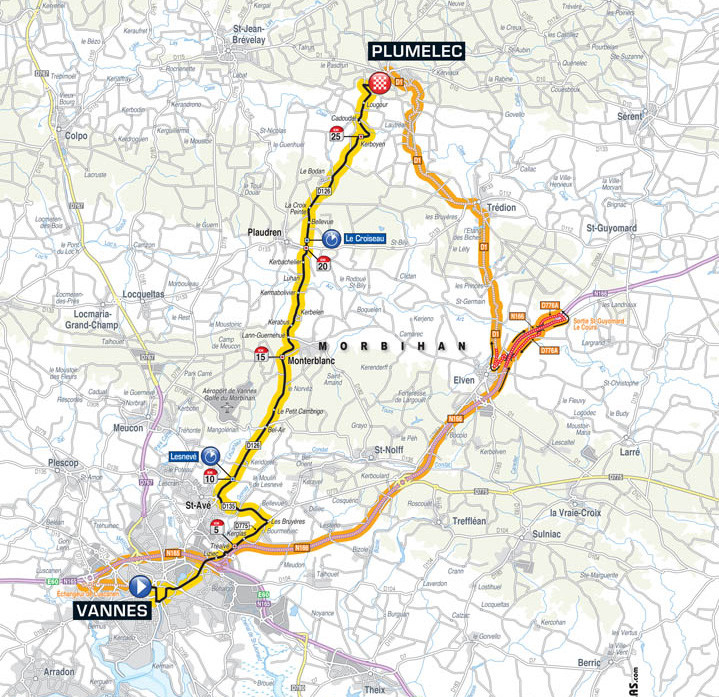 TTTs are a mysterious beast with some teams performing vastly better than others. Many teams will have honed their tactics specifically for this stage, knowing full well how important the outcome is going to be going into the race’s second week.

For other teams the fun is already over. Poor Orica GreenEDGE only have six of their starting nine riders remaining; a real shame for a team that would have been one of the favourites for this stage.

Losing even one rider will seriously affect teams' tactics for the 28 kilometre course. It will have also affected their overall firepower as the remaining riders will have to do more turns on the front and thus burn through their energy far faster.

With the distinct advantage of starting last, given their current first place standing in the team classification, BMC will look to utilise this stage to catapult their GC contender, Tejay Van Garderen, into yellow going into week two of the race.

BMC have a very strong outfit coming into the TTT, with the likes of Stage 1’s victor Rohan Dennis, Belgian Greg Van Avermaet and one of the strongest TT GC riders in Van Garderen. With other favourite teams losing key riders along the way (or a third of the team in GreenEDGE’s case) it may just be a case of BMC being the last team standing come Sunday. 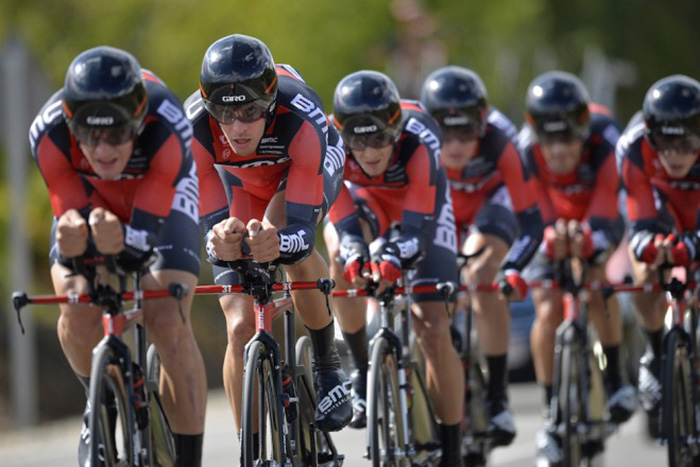 Let us know who you think will be victorious in Stage 9 in the comments section below.