Having raced cyclocross bikes for most of his life, Dan, a member of our in store workshop team, was the obvious choice when Specialized offered us the chance to test the new Crux Elite X1. Dan has raced in the London Cyclocross League for the past eleven years, both as a senior and as a veteran. 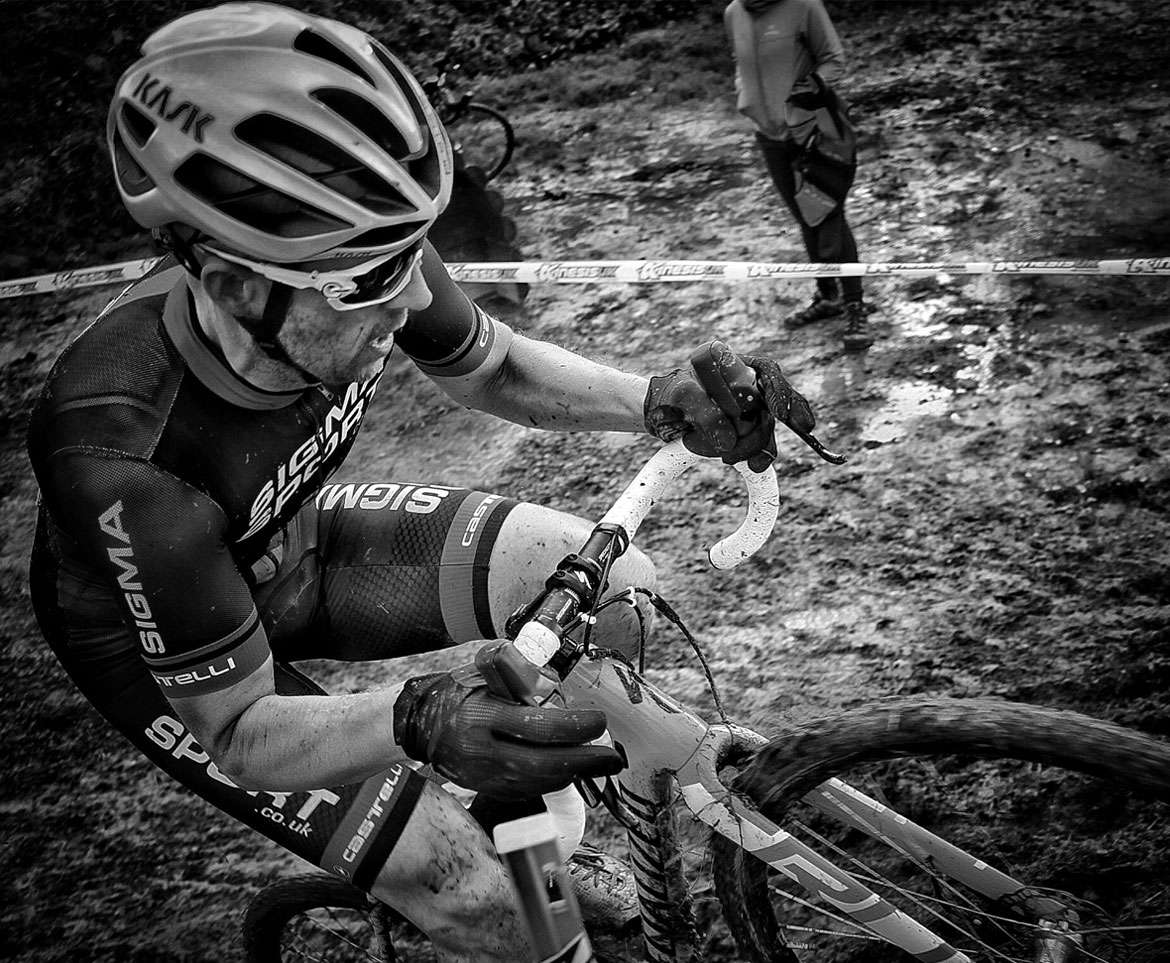 Having started out on a Colnago cross bike, Dan moved over to Specialized's aluminium cantilever Crux back in 2007. Since then he has ridden a range of Cruxs including a carbon fibre cantilever bike, an aluminium disc bike and a carbon fibre disc variant, very similar, at-least on the surface, to the bright pink Elite X1 model he has been testing. 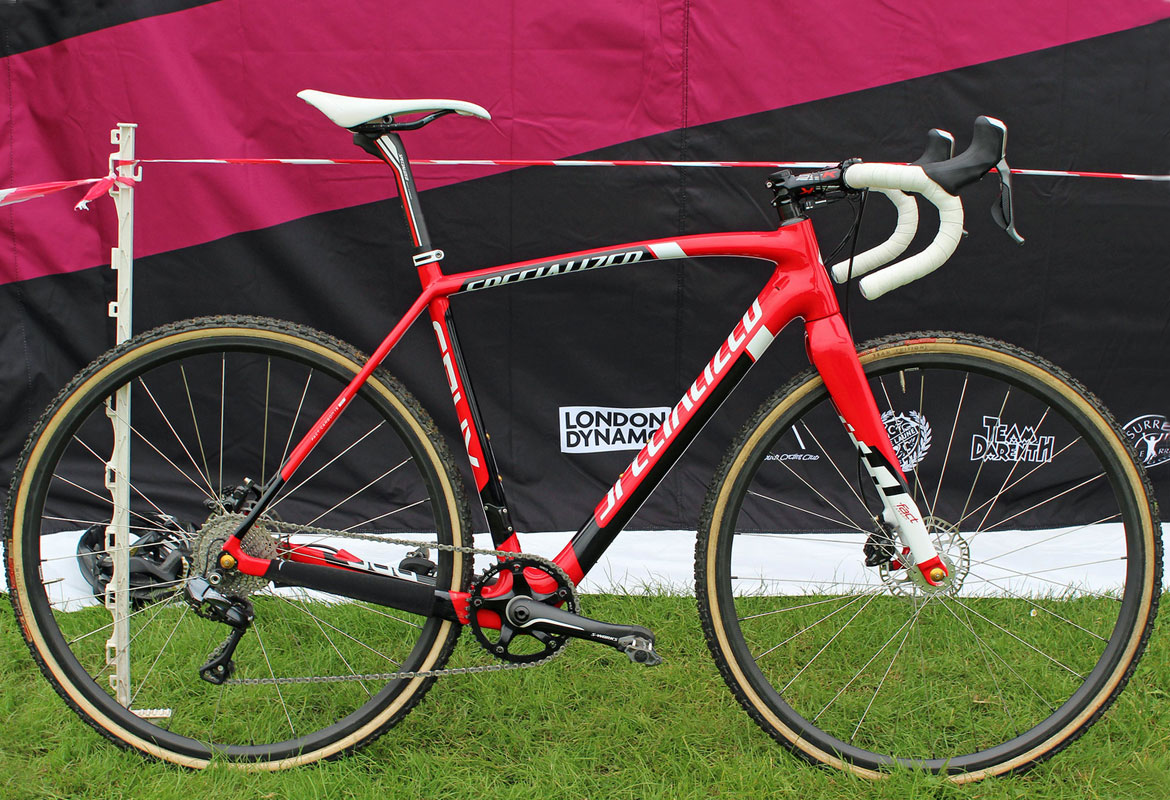 Initially Dan was skeptical that Specialized could improve on the already exceptional performance of his 2014 carbon Crux Pro Disc and questioned all the hype surrounding the updated frameset, putting it down to good marketing. How wrong he was.

Put simply, the new Elite X1 is stiffer, lighter and ultimately faster than its predecessor. Featuring size specific FACT 11r carbon tubing, the frame has been updated to shed a remarkable 400 grams off the already featherweight design. The seatclamp has also been integrated into the downtube, allowing two centimetres more seatpost to be exposed, for a compliant ride, with more cushioning for bigger impacts. 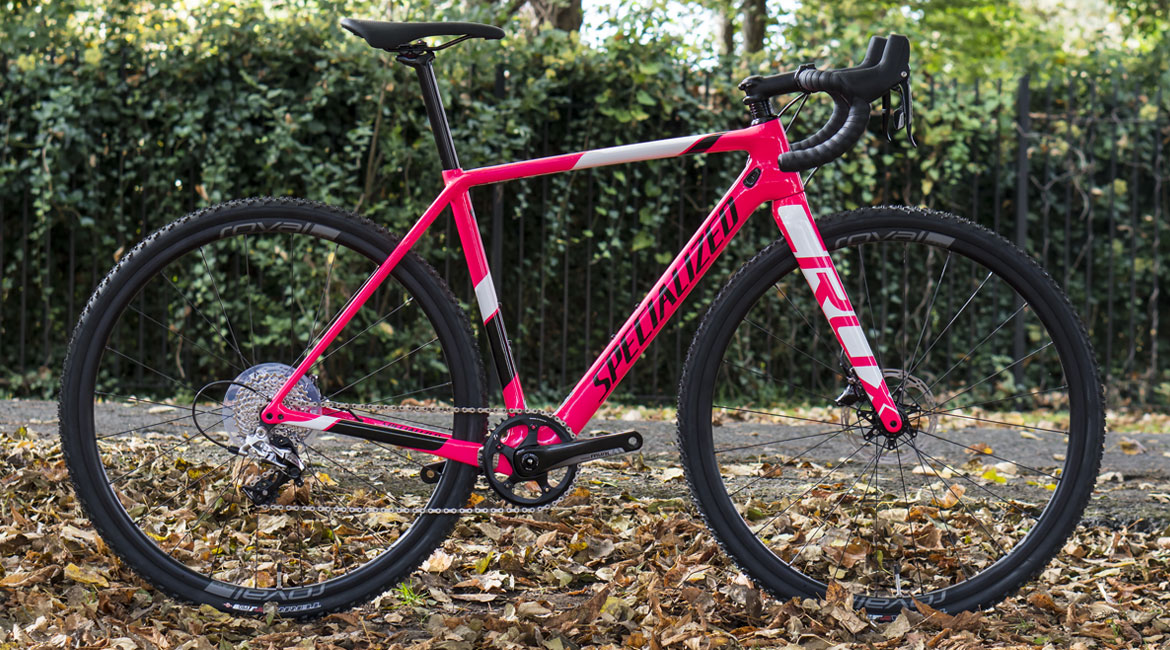 The addition of bolt-thru axles at the front and rear has allowed Specialized to increase the bike's stiffness to levels unattainable using standard quick release skewers, resulting in a faster, more confidence inspiring ride out on the course. 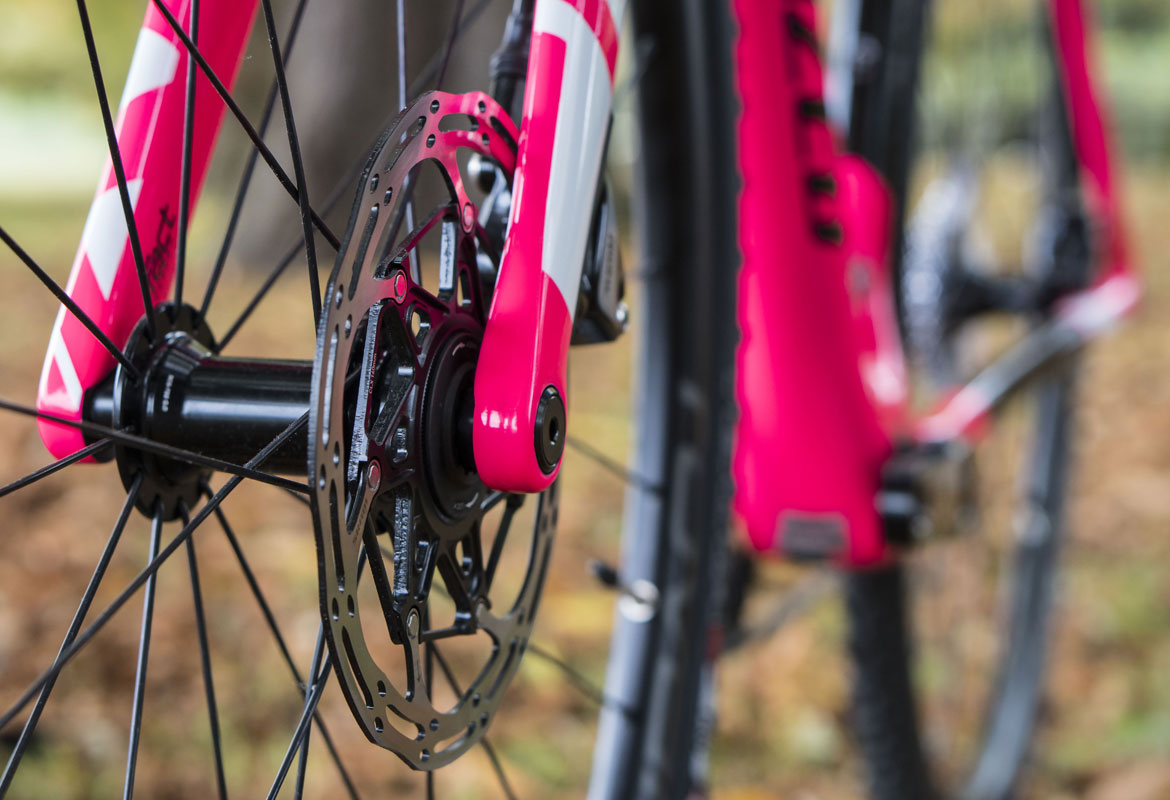 The stiffness increase is most notable at the front end, providing such precise and stable handling that Dan feels it is more comparable to a hardtail mountain bike than any other cyclocross bike. This tight, playful and fast ride is perfect for the technical, rough terrain encountered on today's cyclocross circuits, whilst the geometry ensures high levels of comfort for optimum race efficiency. 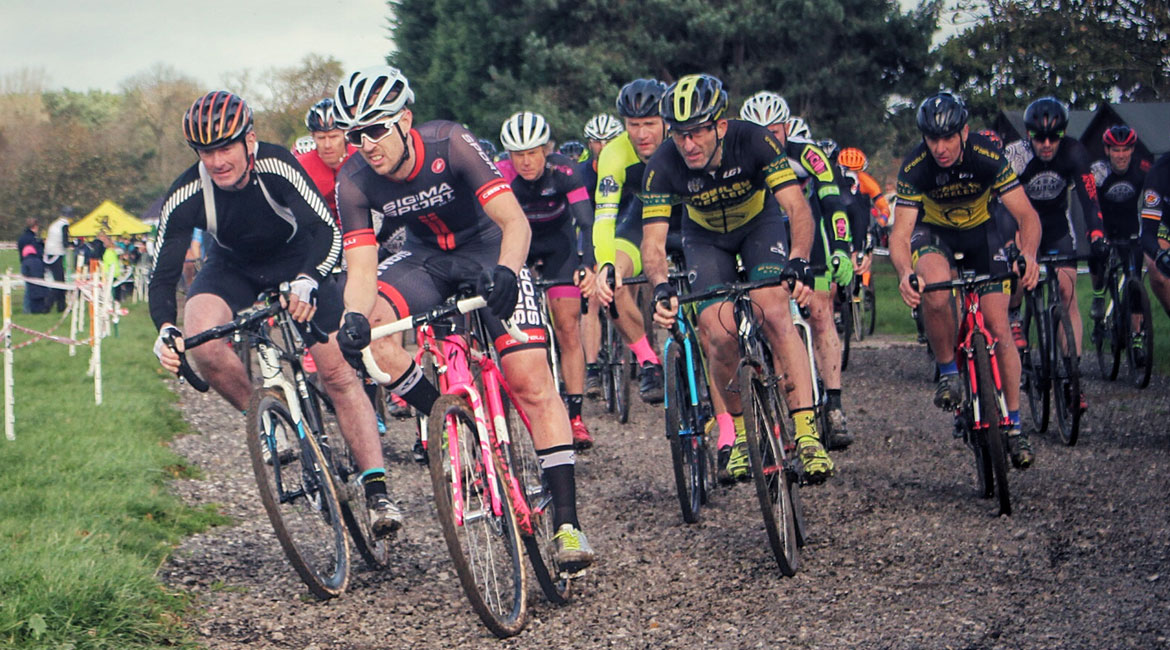 The combination of Specialized's shallow drop handlebars and 3D forged alloy stem provide a comfortable position, with a full view of the route ahead, perfect for confident descending and bunny hopping over obstacles.

Featuring SRAM's revolutionary single ring design, the Rival 1 Groupset compliments the demands of cyclocross racing perfectly. As a man that's always ridden Shimano, Dan was blown away by the drivetrain’s performance, with the clutch rear mech and narrow wide chainring combination securing the chain through the boggiest of races without the need for a chainguide. Dan recalls one event where the majority of the field were ripping off derailleurs and not finishing, yet he managed to complete the race without touching his spare bike.

The lever shape is also great for challenging courses, boasting a 'high' hood design that allows you to sit on them without feeling as though you will slip over the front. This is particularly confidence inspiring on wet days, where your hold would often feel precarious on 'shorter' hoods, reducing the speed at which you can descend on the tops. 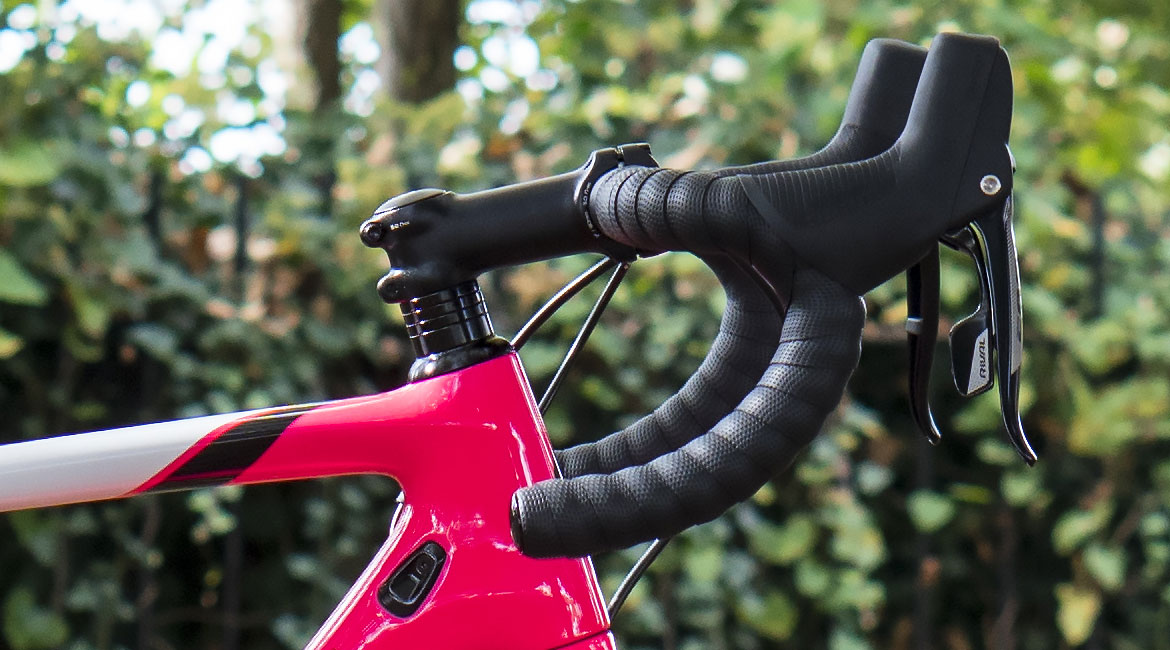 Whilst the drivetrain works faultlessly, it is the matching Rival 1 Hydraulic Disc Brakes that are truly impressive. The brakes offer great modulation compared to Shimano's ‘on or off’ feel, this is beneficial for cyclocross as you are constantly scrubbing off speed rather than coming to a grinding halt.

Eagle eyed readers may notice a few differences between the factory bikes specification and the one Dan is riding in the video. When quizzed on this Dan's reply was simple; whilst the aim of riding the Crux Elite was to test it, he is ultimately still racing. As such, the bike needed to feel as close to his existing race bikes as possible, meaning tubular wheels were non-negotiable.

The stock Roval SLX 24 Disc Wheels are however, fantastic, with a sub 1600 gram weight and a tubeless ready design, they are perfect for racing and training alike. Specialized have also moved away from their proprietary SCS axles, allowing easy future upgrades, as any standard bolt-thru wheels, including 29" mountain bike variants, can be slotted straight in. 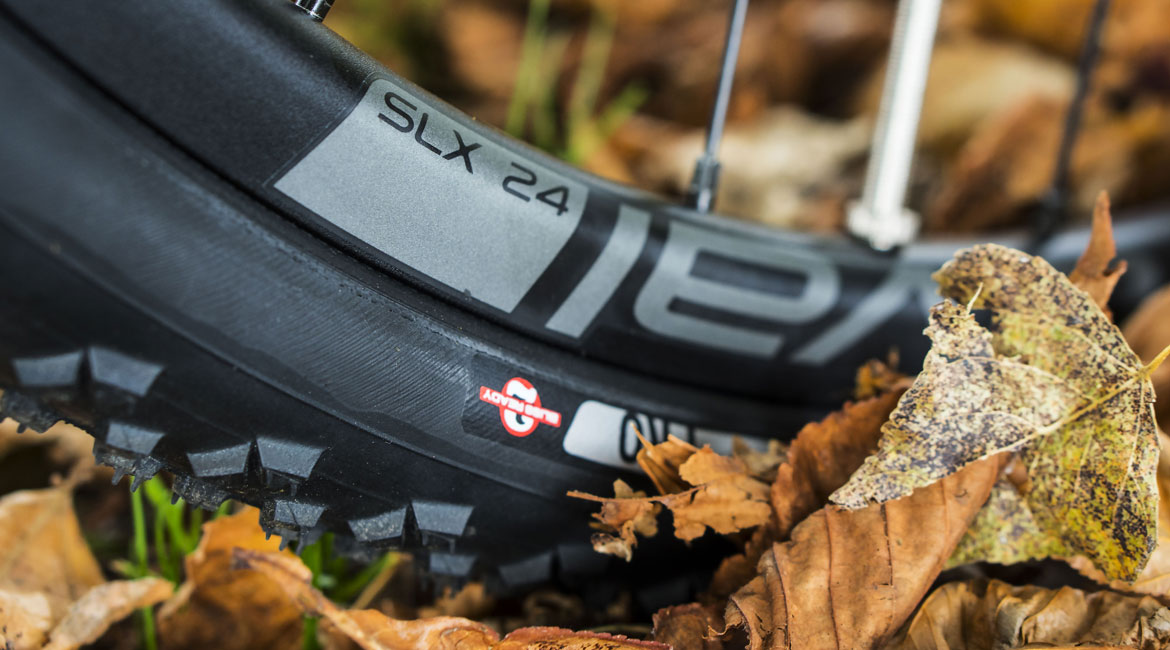 All in all, Dan absolutely loves the new Crux Elite X1, so much so, he is ordering himself one to replace his existing race bike. Thanks to all the updates, Specialized have created a bike that balances efficiency, compliance and value perfectly, while the lairy paintwork is sure to turn heads come race day.