Our top tips for duathlons

In the early months of the year the idea of plunging into an open body of water is sounds like a form of torture. Therefore it's probably best to stay on dry land and focus on the other two legs of triathlon - running and cycling. Thankfully duathlons are the perfect way to train and race in these two disciplines through the winter months while lake swimming is firmly on a lack-of-temperature induced hiatus.

Duathlons are also a stellar gateway into triathlon for those who may be put off by swimming. Events can be found locally every weekend through the chillier months with the level of competition ranging from beginner to seasoned enthusiast.

1. Stay warm during training and most importantly, during the race

Running around in the regular shorts of your trisuit may earn you kudos from your fellow triathlete, however, in the winter months it will almost certainly be exceedingly cold. This is where a trusty pair of thermal compression tights can come in handy. Not only will they provide you with much needed insulation, they also offer strategic graduated compression that aids blood flow and reduces muscle fatigue.

2XU's Hyoptik Thermal Compression Tights offer a superb solution for both training and racing. Not only does the graduated compression aid blood flow, the luxurious brushed fleece internal layer keeps your legs and other vital areas nice and warm. The fact that they are resplendently adorned in hyper-reflective Hyoptik print is an added bonus, aiding your night-time visibility when you are out on training runs. 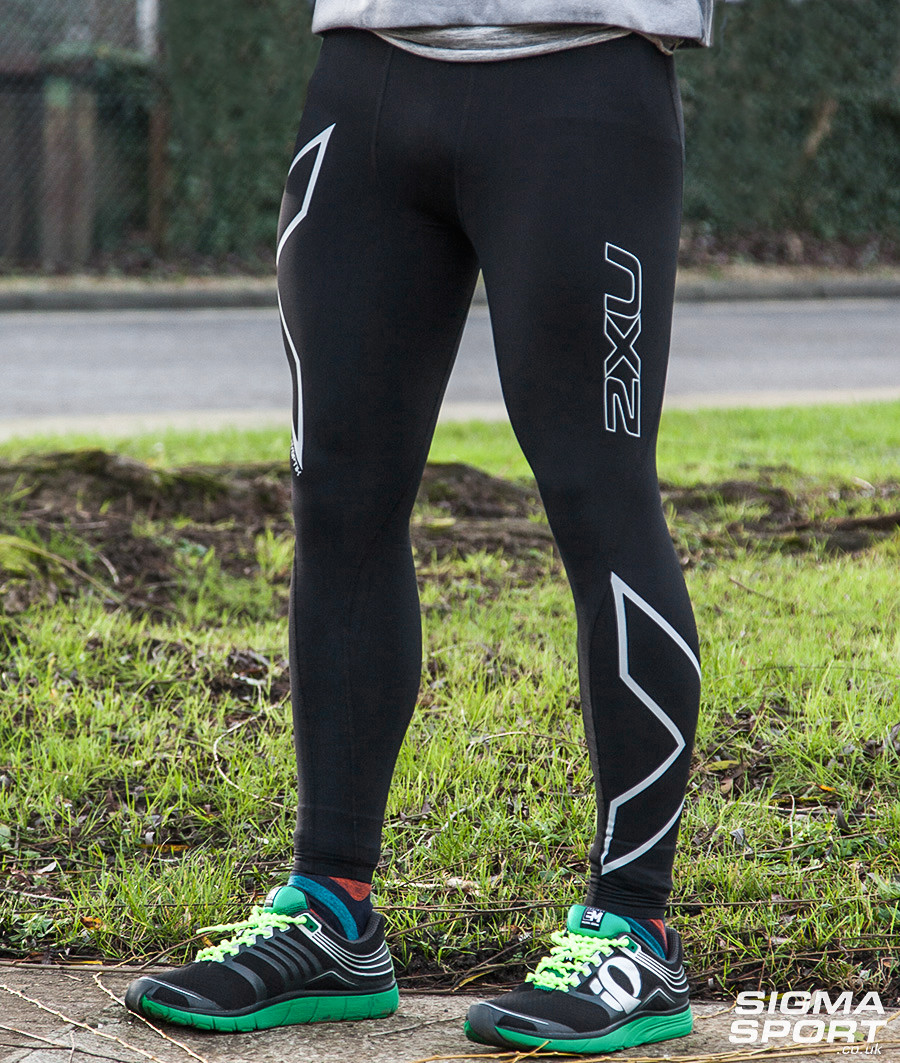 2. Switch up your training

Despite the run/bike/run setup of a duathlon most of us tend to train in brick sessions that see us cycling and then running. Swapping these two around in your training can be a massive boost to both your first running leg and also the cycling portion, as training in this order will get your body used to riding after pounding the pavement. It's also useful for transition practice as putting on all of your cycling kit at T1 will undoubtedly take longer than taking it all of at T2, so time saved here can be valuable.

Even though you have probably tied your shoelaces a fair few times putting on your trainers during transition can be sped up dramatically by doing away with tying your laces entirely. This is especially true in winter duathlons when you'll likely be cold and/or wearing gloves.

Utilising elastic laces such as the Xtenex X300 Series running laces allows you to quickly and easily slip your shoes on without the fear of them embarrassingly falling off as you leave the transition zone. 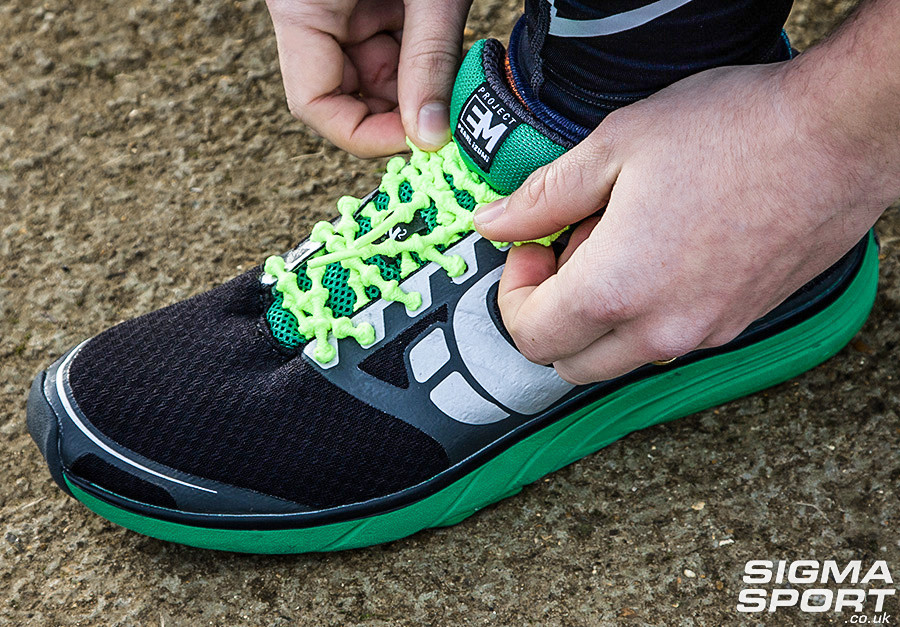 4. Use two pairs of shoes

As a pro tip, to shave even more seconds of their race time many duathletes use two pairs of trainers. This allows you to perfectly set up the second pair so your feet can slip in with ease, rather than frantically scrambling to to put on the pair you threw off during the first transition.

5. Stay motivated through the winter

Not only can training through the winter be a cold endeavour, it can also be a rather lonely one. Utilising a secure armband phone holder can help you to track your training with apps like Strava while also allowing you enjoy the company of a good podcast, audiobook or album.

When it comes to race day a trusty armband allows you to track your time throughout the entire race without the need to invest in special watches or other gizmos and, as you are not going in the water you can keep it on for the whole race.

Quad Lock's Run Kit is an especially good option as not only is your phone secured in a hardy case, but it also allows you to attach your phone to the various other bike and car-focused mounts.

6. Avoid flapping and organise your transition

Most people go into duathlons because they enjoy running or cycling, nevertheless transitioning can often be the most important part of the race. Making sure you are organised in both transitions allows you to seamlessly move from one stage to the next. When it is done well it can look like an efficient Formula 1 pit stop and when it is done badly it can have the appearance of someone trying to get ready for work whilst blindfolded.

All of this organising needs to be done before the race and using specially designed bags like a KitBrix allows you to set out all of your equipment exactly as you want it.

Before race day it is a good idea to spend 40 minutes or so practicing your transition so that when the time comes it will feel like second nature. Tape off a makeshift entry and exit line in a large enough outdoor space and practice running in, changing shoes, putting on your helmet and leaving the zone to mount your bike. Remember to fasten your helmet before you get on the bike as a keen-eyed marshal is sure to frown upon an unfastened lid. 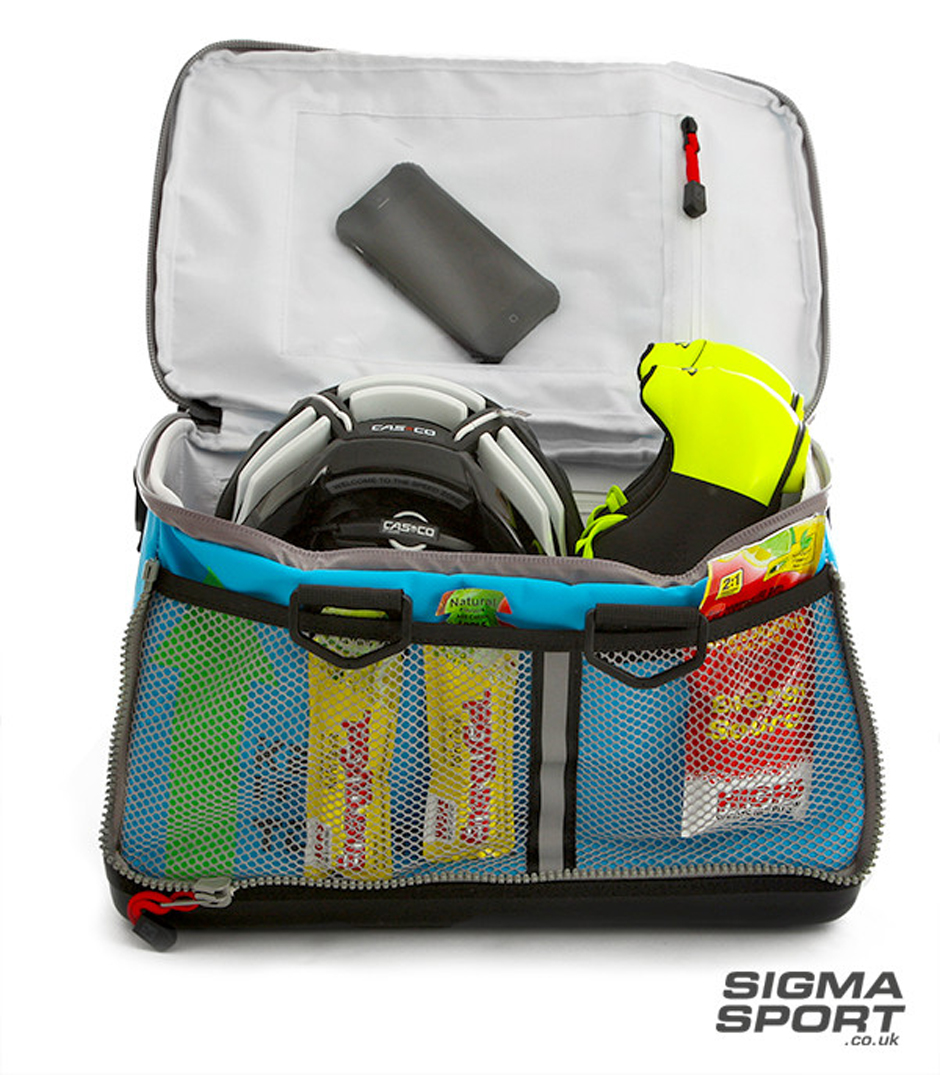 Finally, go out and have fun. Duathlons provide a great means of maintaining momentum in your training through the winter months when others are sofa bound watching Netflix. The effort you put in preparing and racing in these events will pay dividends when it comes to reaching your summer goals.