With the cobbled classics finished and with grand tour season yet to sweep in, the often frenzied pro-racing calendar traditionally bubbles quietly along around this time of year. For the third consecutive year though, it's all 'flat-caps, not hats' on the podium as the well loved and fiercely competed Tour de Yorkshire brings the big names to do battle over three stages of British racing. In anticipation of Britain's second biggest stage race, we thought we'd give you the low-down on this fledgeling event, the riders in contention, as well as the kit they've chosen to tackle this 490km tour.

Winding over dale and downland, the Tour de Yorkshire has cemented its place in the racing calendar thanks, in no small part, to the rather impressive spectacle the county put on while hosting the Grand Depart and initial stages for the 2014 Tour de France.

The Tour on the Moor

Punchy rises between dry stone walls, this race is characterised as much by the British love for competitive cycling as it is by the terrain. The images of Buttertubs Pass awash with keen and avid fans during the 2014 Tour de France last long in the mind, with barely a spare patch of grass visible on what was billed as a grassy moorland climb. The public is once again expected to come out in force for the 2017 race.

Organised by the Amaury Sports Organisation, the very same group behind the Tour de France, it's no surprise that this race has hot-footed it's way to the sharp end of the UK's racing calendar and is even listed as a 2.1 UCI Europe Tour event. What does this mean? Well, if you're contemplating lining the road as the teams whizz by, the Tour de Yorkshire provides you with an opportunity to see some of the world's top riders going full tilt for the win.

Amongst those teams lining up for the start of this three-day stage race are Team Dimension Data, Team Sky, Orica Scott, BMC, and Lotto Jumbo, as well as domestic outfits including Madison Genesis and ONE Pro Cycling.

So, who to cheer for? Well, there's plenty of home interest to draw the crowds, and headline names include Welsh sensations, Luke Rowe and Owain Doull, both key figures in Team Sky's lineup.

The British national stripes will also make a proud appearance on UK roads, neatly banding around Adam Blythe. On home soil and in the national champion colours, he's sure to place himself near the sharp end of things for Aqua Blue Sport.

Perhaps the biggest cheers are sure to be reserved for Yorkshire's very own Scott Thwaites. Riding with Team Dimension Data, Thwaites can count on a boisterous and vocal support from the large crowds that this race attracts in each edition. With such support surely spurring this rider on, and with a knowledge of the routes and roads on offer, this could propel young Thwaites to a strong GC position.

International interest? With last year's winner of the Tour de Yorkshire, Thomas Voeckler, always providing drama, we can surely expect something special from this famed mountain attacker, passionately vying for one final lunge at the line. Joining 'Tommy V' and also wearing tricolour sleeves announcing his status as a former French champion is Nacer Bouhanni. The relatively volatile sprinter, keenly suited to the shallower profiles, stands a good chance of snatching a stage win.

Other riders grabbing headlines include prolific Australian sprinter, Caleb Ewan. Having pipped Mark Cavendish to the line on a number of occasions, this young rider is tipped to become one of the best sprinters of his generation.

Another rider from Down Under who made his name known globally last year, Mathew Hayman, winner of Paris-Roubaix 2016 will also be doing the rounds, hoping to deliver his teammate Caleb to the finish in fine shape.

Alongside the men's race, the top female professional riders will also be lining up to race. Following the route covered by the men's race in stage two, this one-day spectacle adds another dimension to this event, making the Tour de Yorkshire weekend a key date in the British racing calendar.

Fans can expect to see homegrown Yorkshire native, Lizzie Deignan racing, as she goes for a home victory. Deignan might not have it all her own way though, as there will also be appearances from the Rio Olympic Road Race Champion Anna van der Breggen as well as the two-time world champion Giorgia Bronzini. Whatever the result, this is sure to be a heated and competitive race.

Want to know what the pros are using this April? With Team Sky a force to be reckoned once again, this will be the first outing of their latest Castelli Team Sky Kit on English soil. Racing in Yorkshire in spring can often be an unpredictable affair. The pros will be preparing themselves, with a broad range of technical kit at their disposal. 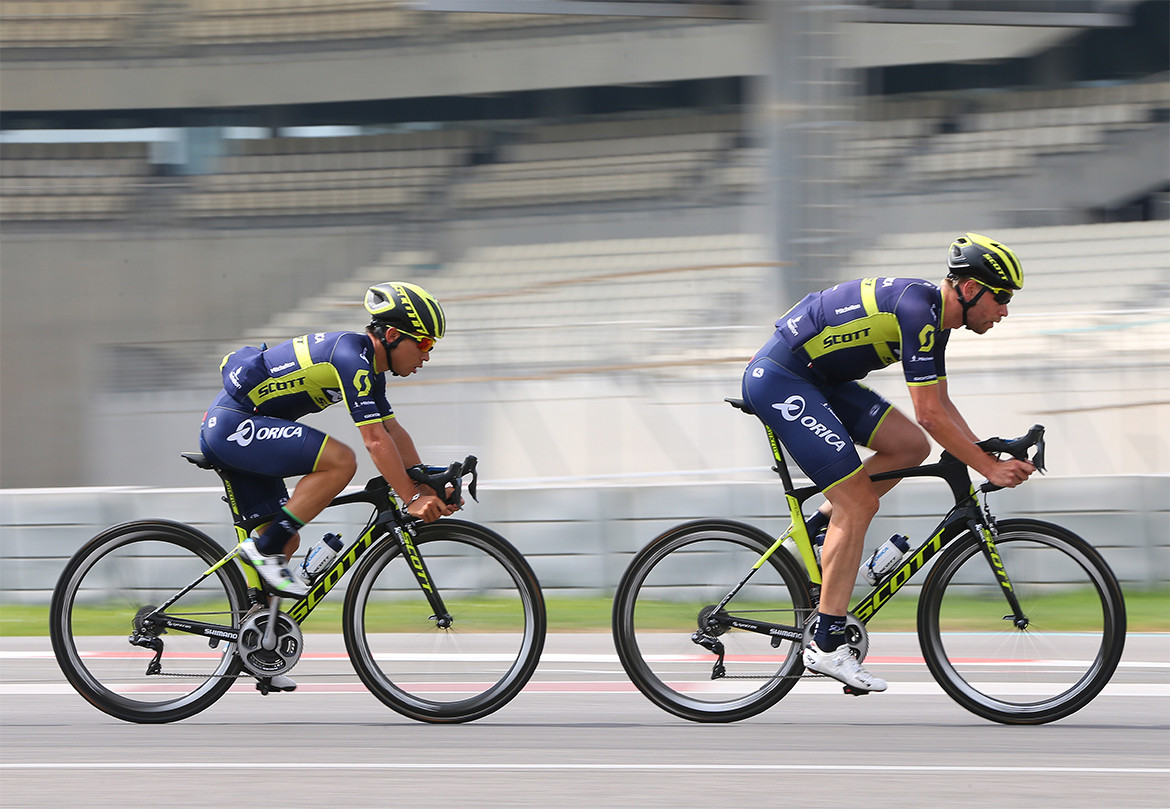 One of the most distinctive teams in the professional peloton, Team Orica GreenEDGE are ready to tackle the tough Yorkshire roads on their Scott road bikes. The team have chosen to use the Scott Foil for it's aerodynamic and agile ride. Dressed with top of the line componentry, their bikes will be kitted out with Shimano groupsets. 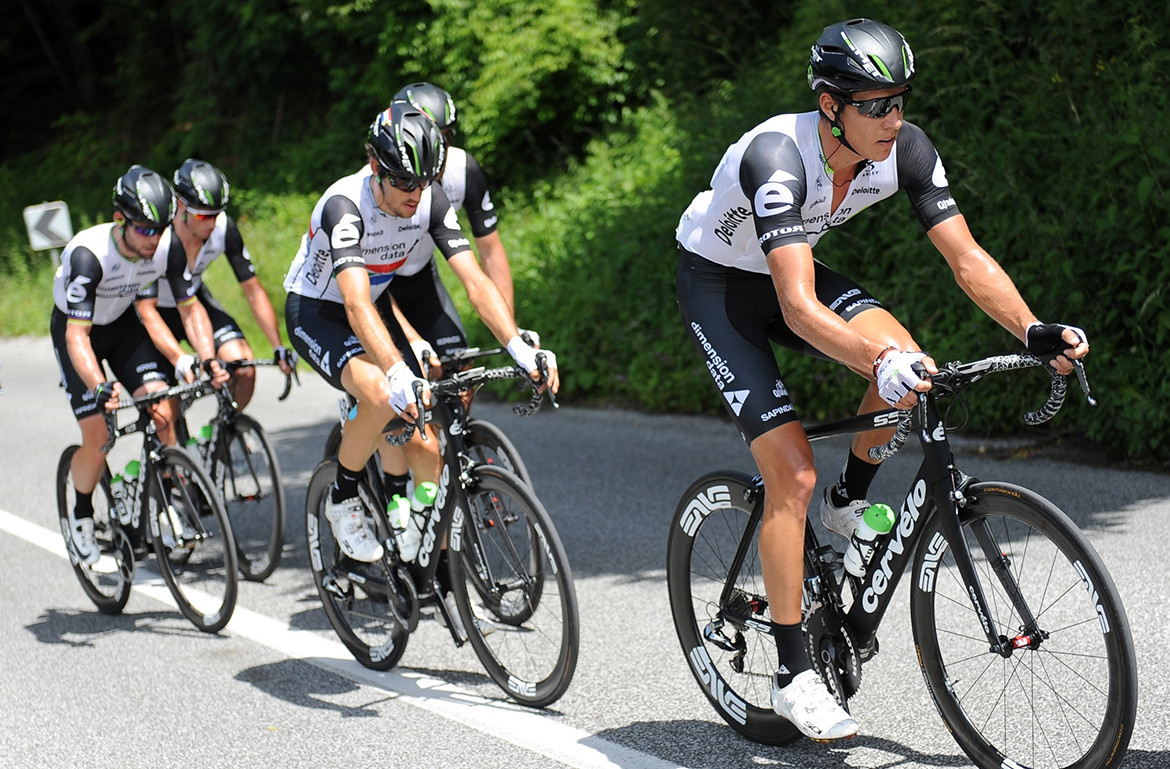 The Yorkshire roads are renowned for being anything but smooth, so wheel choice is a key consideration for the pros. ENVE wheels are likely to make a showing, with the ENVE 4.5 SES Clincher Wheelset the main choice of the aforementioned Team Dimension Data. The WorldTour outfit will be looking to benefit from the wheels' enhanced aerodynamics and reduced rolling resistance. 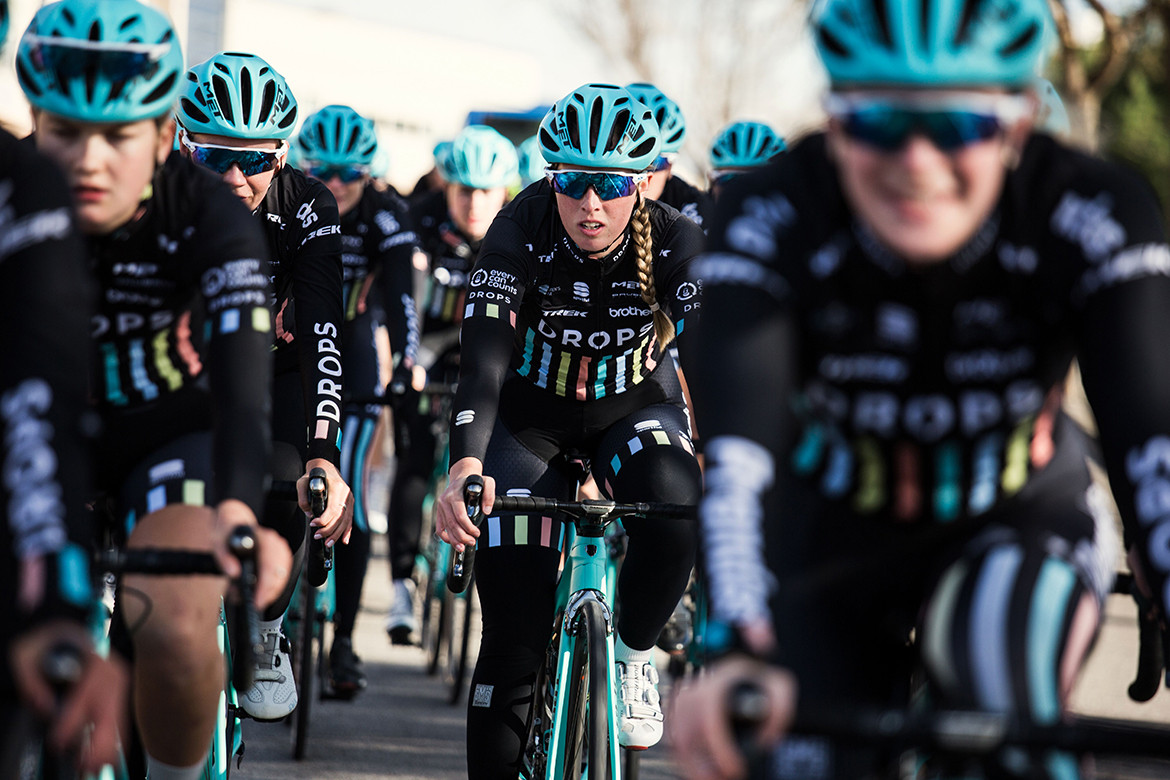 Finally, looking towards safety, the helmet of choice for both the men's and women's pro teams in the 2017 race; MET will feature prominently on the heads of Team Dimension Data and the Drops Cycling Team. Offering the ventilation and aerodynamics needed for racing, these Italian helmets will keep the riders protected for the duration of the race.

Photos by Welcome to Yorkshire/SWPix.com

With the white rose set to become more prevalent than any Flandrian Lion for the last weekend in April, everything is poised for a fascinating and frenetic loop around Yorkshire. An appetiser for the coming grand tour season, this race could be an indication of who will be challenging for the top step in the Giro d'Italia and of course, the Tour de France.