A Closer Look at: the GoPro Hero5

On a Wednesday afternoon, nestled in the heart of London Bridge, office workers in their regular attire went about their day-to-day business and TFL buses were noisily transporting Londoners - it seemed like any other day. Little did they know, in a small meeting room in the Red Bull Music Studios, GoPro were reinventing the humble action camera.

“You should never stop what you’re doing to capture what you’re doing” were the words that really stuck in our brains from GoPro's presentation, and for good reason. GoPro knows it’s not always possible to press the record button when you’re out riding or that you do not necessarily have the time to stop and configure your camera. 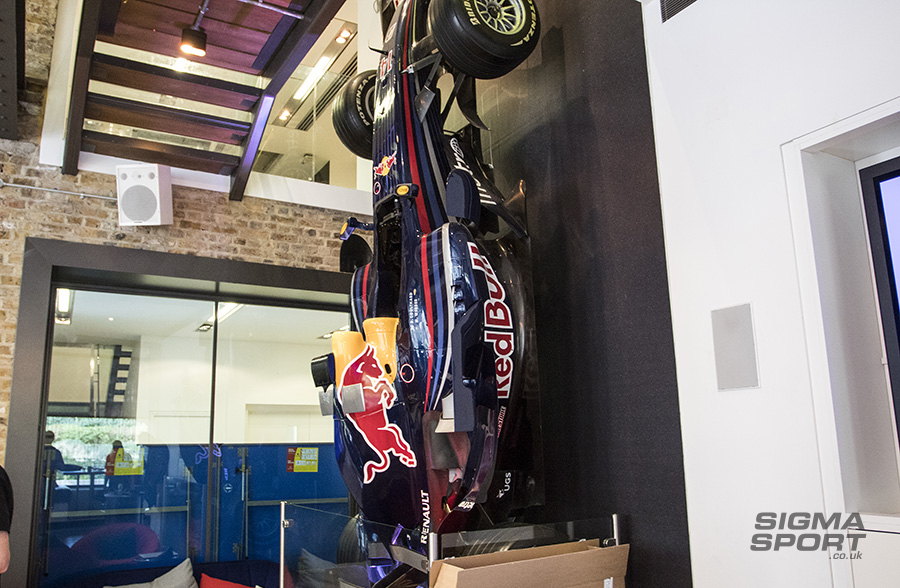 Luckily, GoPro has addressed this with their new additions to their Hero lineup. The new Hero5 Black and the Hero5 Session both incorporate Voice Control technology. We were given an overview of this technology and as much as we wanted to add a touch of comedy to the afternoon with misfiring voice commands, it seemed that GoPro had nailed this technology as it worked perfectly.

The Hero5 Black sits at the top of the GoPro tree with full 4K video, 12MP photographs, a 2-inch LCD display, improved audio, advanced image stabilisation and full waterproofing down to 10 metres without a case. Oh, and not to forget Voice Control. Apart from the intricate technology that goes into each and every camera, there are some subtle changes on the outside too.

Firstly, the body is made from a texturised rubber that improves grip and durability. Unlike previous GoPro Heros like the Hero3, Hero3+ and Hero4 which all have a plastic body, the rubbery Hero5 Black sticks to your hand, making it much more comfortable to use and a lot safer. 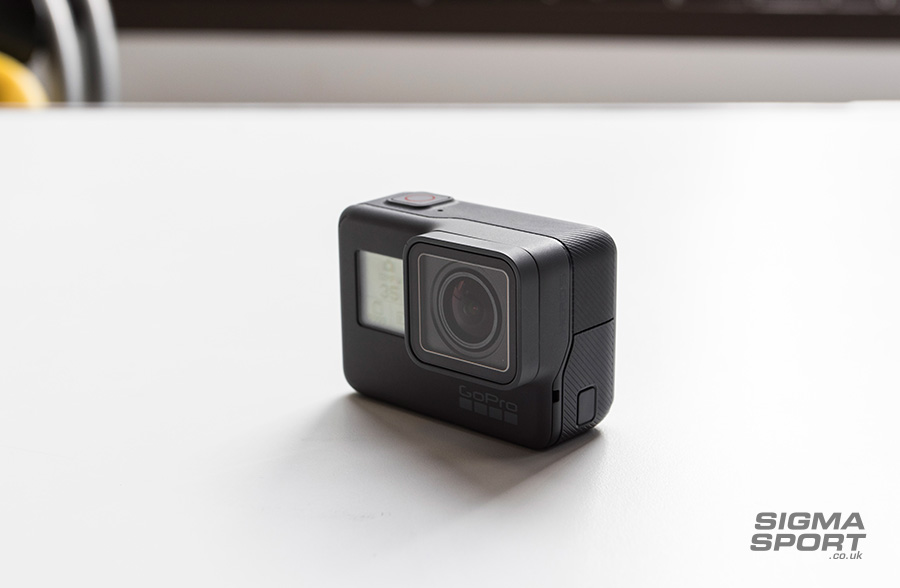 A reduction in weight is also another feature the guys at GoPro have addressed. If you’ve ever picked a Hero4 up, it’s not exactly heavy, but there’s a real difference between the Hero4 and Hero5 that’s bound to be noticeable when you’re holding onto one for a prolonged period of time.

Now, onto the resolution. There are over 50 different video resolution and imagery settings to choose from; all the way from 4K 30fps for super sleek, high-definition footage to 720p 240fps which allows for beautiful slow-motion videos. 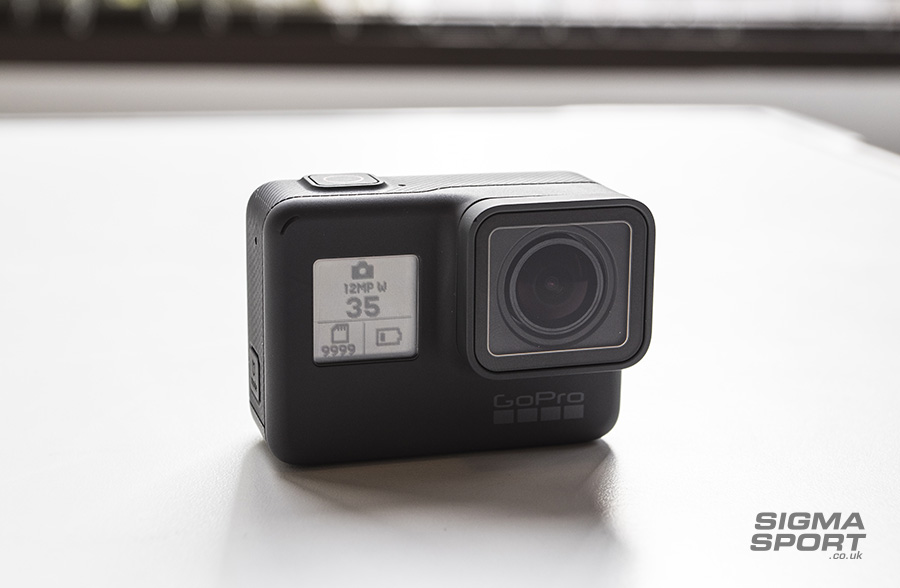 What’s the point of having all this beautiful video if all you can hear is muffled voices and the wind screaming past you? It’s pretty obvious that GoPro needed to have a major overhaul when it came to audio, as the waterproof casing destroyed any possible way of getting decent sounding audio from your rides.

Thanks to the integrated waterproof housing of the Hero5 Black and Hero5 Session, you’re able to have crystal clear sound recording. Three built-in speakers work simultaneously to patch together clips, dispelling any muffled sounds to offer a more realistic audio track. 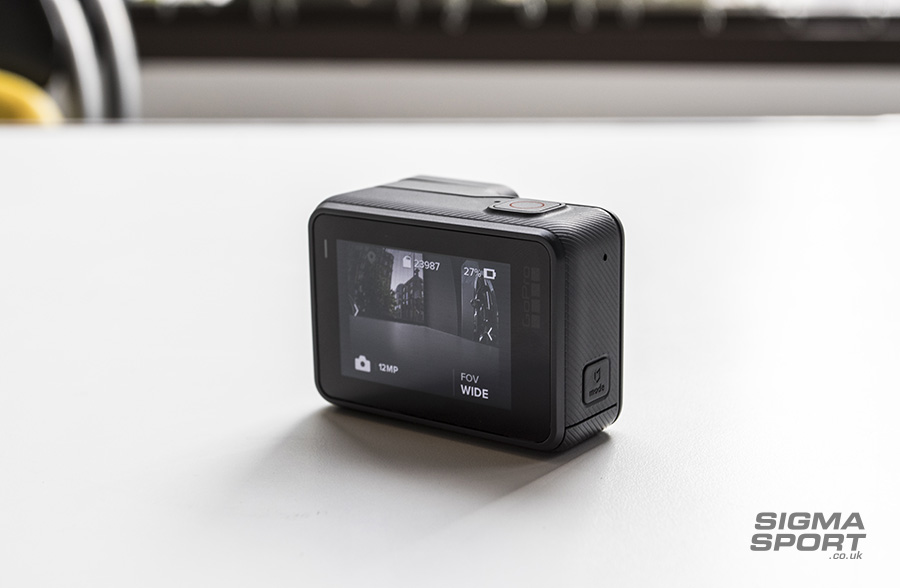 You may be looking at these images and wondering how you connect all your old accessories to the Hero5 Black, seeing as it has no casing. Inside the box comes a small yet rugged plastic outer casing that secures around the body and has the standard mounting fork. This forms around the screen, main buttons and microphone ports for greater functionality.

With some very noticeable differences, the Hero5 Session is a more compact version of the Hero5 Black. It takes all the functionality of the Hero4 Session and enhances the features, such as 4K video, 10MP photos and enhanced audio capabilities. 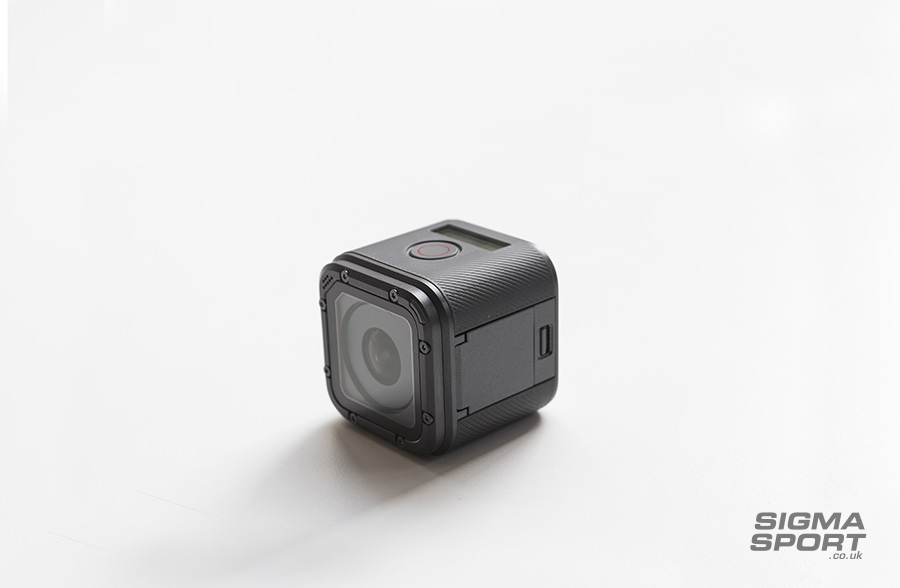 As with the Hero5 Black, the Session uses minimalist housing to offer a greater point of view, but it doesn’t feature a display, so you cannot see your footage where you’re shooting.

The wide point of view captures everything in an 180-degree angle ahead of you. GoPro understood how irritating and complicated connecting your smartphone to your GoPro app can be, so they’ve had a total rehaul and made it a quick and simple task. 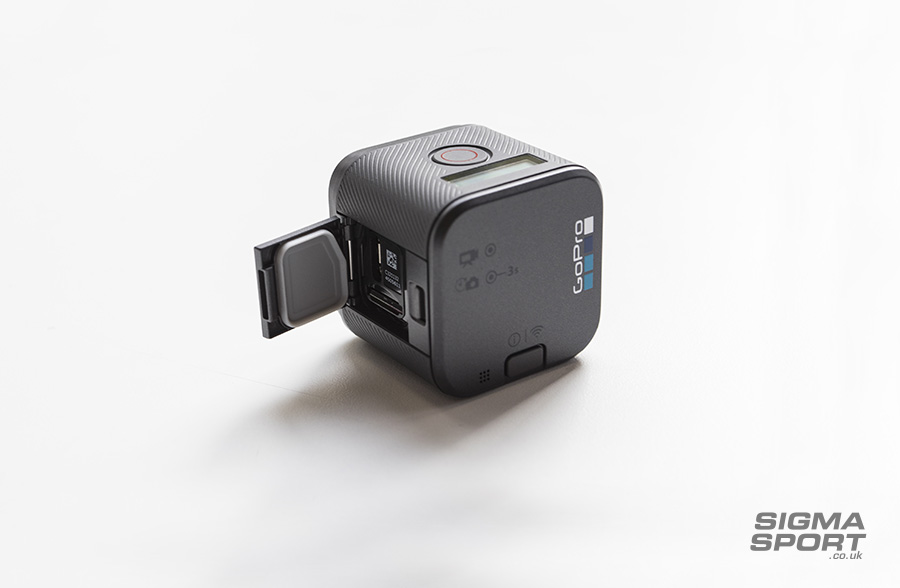 Waterproofness is also another factor the Hero5 Session shares with the Black. The sealing is evident (above) with a fastening clip-lock that’s pretty tough to open. Trust us, we tried, and when it does open, the rubber sealing around the door keeps everything protected in case of impacts.

Click HERE to return to the Sigma Sports Blog.