With a history harking all the way back to 1909, the origins of the Italian Grand Tour are entangled with the history of a newspaper. This race, occurring in May each year, is perhaps the second biggest event on the annual professional calendar. Characterised by steep, twisting roads, relentless switchbacks, and some of the most beautiful scenery in the world, the Giro d'Italia is a race saturated with dramatic tension, history, and legends. This year's landmark 100th edition is set to provide even more tantalising racing, and we've put together a short race guide, highlighting the history, the must-see stages, the main contenders, and of course, the kit that's going to get the riders across the line in Milan.

From past to present 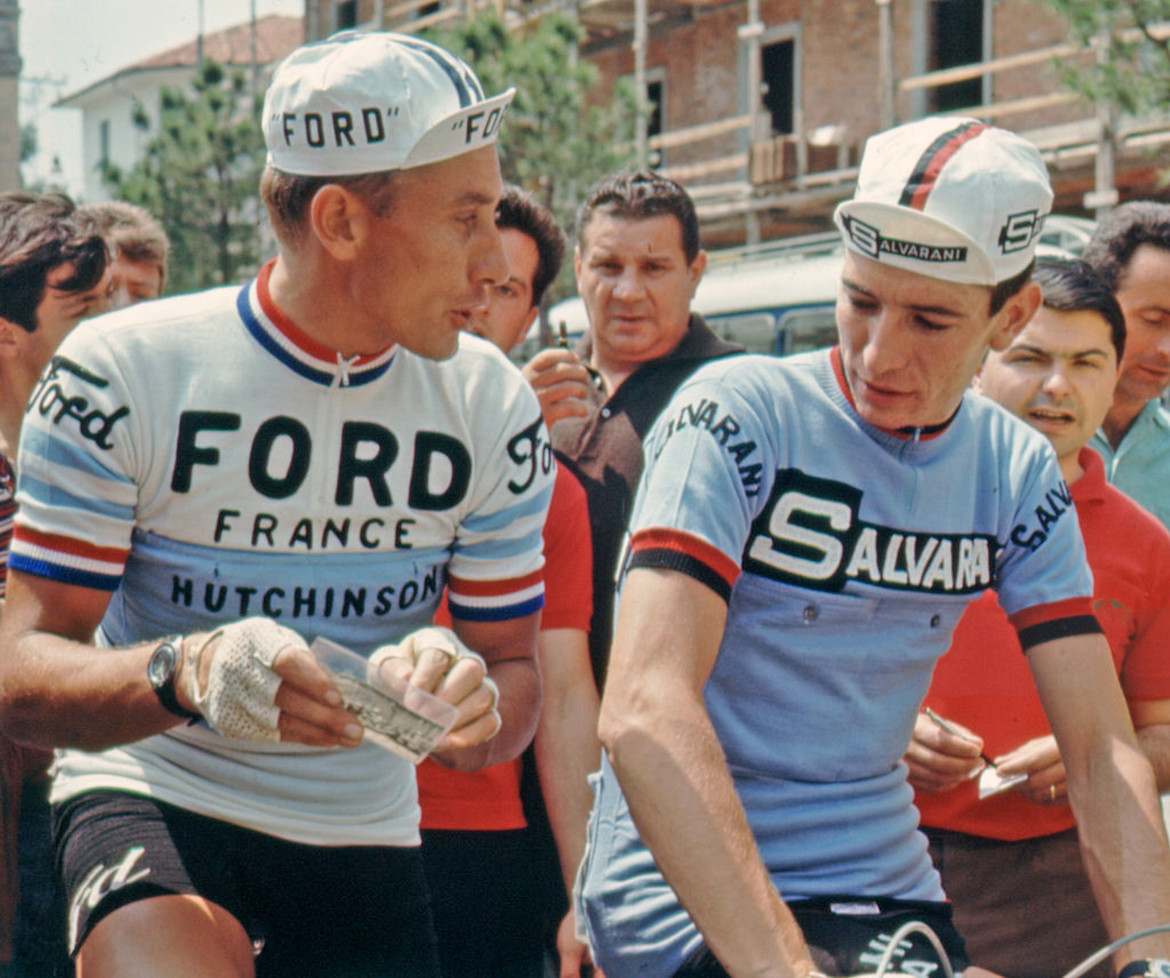 So, this being Italy, where better to start than a caffè or bar? On any given day, you'll almost certainly find a ruffled pile of crinkled pink pages sitting on the counter or bar in any town or city. That paper, "La Gazzetta dello Sport" has recounted the sporting events of the day since 1896, with each edition printed on distinctive pink pastel paper. Taking their lead from events over the border in France and not to be outdone, in 1909 the Gazzetta dello Sport set about organising and funding its very own grand tour.

The theatre for perhaps cycling's biggest historic rivalries, the Giro is uniquely placed in the year, giving it a very different dynamic to other races. Coming immediately before the Tour De France, the Giro is considered, by some, to be a risk. The gamble between wearing pink or wearing yellow often leaves riders wearing neither, most recently perhaps seen in the attempts of Vincenzo Nibali, Alberto Contador and Nairo Quintana. The pursuit of both the Giro and Tour de France title is a rare spectacle and, if achieved, means you will cement your name in history. The only riders ever to have done so? Hinault, Indurain, Pantani, Merckx, Coppi and Anquetil. Considering the sheer aggregate distance of 7000kms, covered by a rider completing both of last year's editions, the Giro-Tour double is a mean feat. 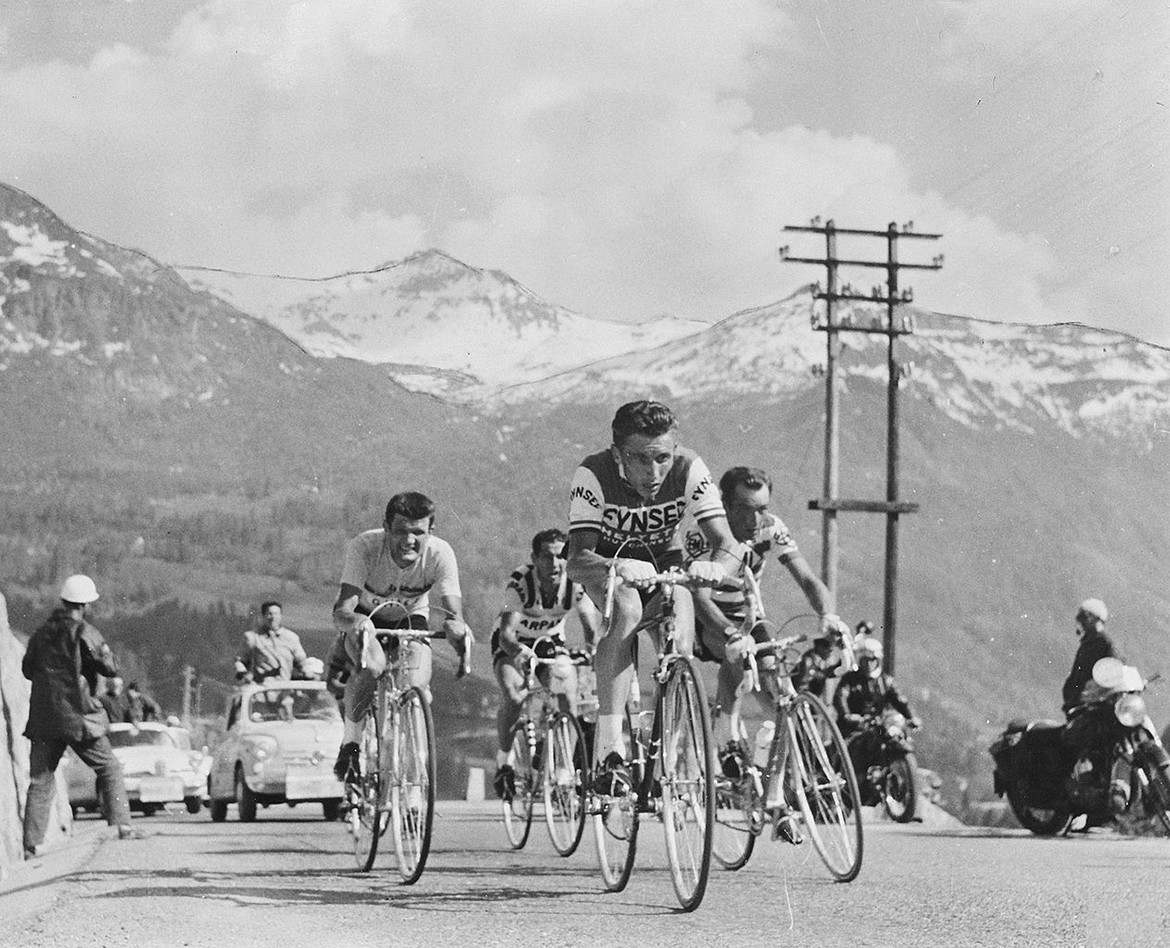 Never sitting in the shadows though, the Giro has a unique feel to it. Having been the setting for Gino Bartali and Fausto Coppi's often caustic rivalry, this all-Italian affair's race programme, notably including a stage by stage local wine guide, is even named the Garibaldi, after the historic campaign to unify the wild and rugged south with the refined and industrial north. With the pursuit of pink a fraught and highly contested battle, this race is often unpredictable, last year's final standings secured only in the last two stages of a nearly month-long stage race. Also, a testing ground for different ideas, from 1946-1951 the Giro even hosted it's own short-lived black jersey, awarded to the rider in the last position, with the last winner a little-known rider by the name of Pinarello...

Run in its early editions exclusively by and for Italian riders, the Giro slowly opened up as it's popularity grew. Following the traditional dynamic of Grand Tours, this race sees riders from the world's top teams compete for a selection of jerseys. A green jersey denotes the mountains classification leader, a red jersey is worn by the leader of the points classification, and the best young rider, as in the Tour de France, wears white. A legacy of the race's history, the general classification and overall race leader wears that all important maglia rosa - the pink jersey.

Setting out from the deep south, and swerving over Italy to reach Milan, this race is a mountainous beast that will take in spectacular scenery and some seriously tough roads. With that in mind, if you're debating which stages see, we've gone ahead and pulled out our top five that we're hotly anticipating. 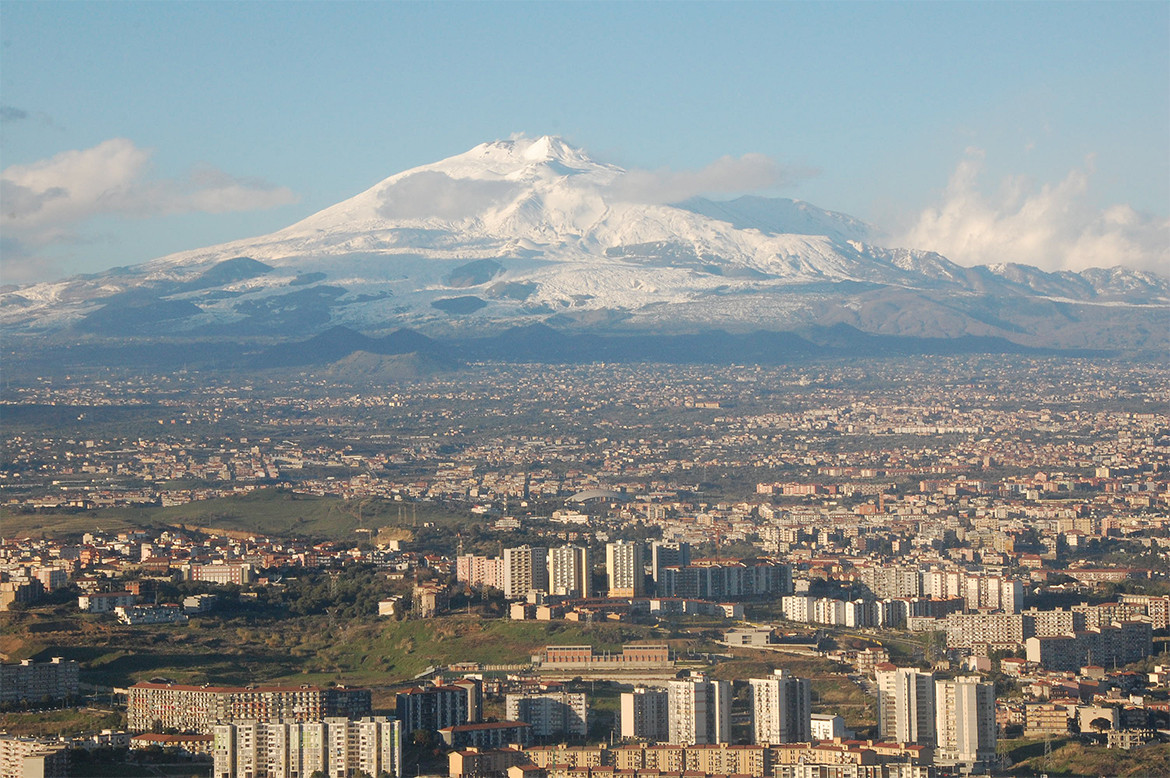 This year's race starts in Sardinia and quickly moves to Sicily, where we will not have to wait long to see a spectacular stage. Day four is set to separate the wheat from the chaff as this 181km stage finishes in James Bond villain style, riding up Europe's largest active volcano. Starting at just 38 metres above sea level and featuring a shallow but relentless 32 km climb before a final 18km ascent up the slopes of Etna, this stage will finish at 1892 metres above sea level and, hopefully, will give a good indication of who is really in the running for pink.

Passing by the house of Fausto and Serse Coppi and taking in medieval towers, this 131km stage is given a three star rating. Relatively short, this stage is of note largely for its final climb, Oropa. Famed for the exploits of a certain Marco Pantani in 1999, this stage retraces the final 11.8km climb, averaging 6.2%, that climbs to the Santuario di Oropa. Pantani's famed ascent saw him recover from a puncture at the base of the climb to pass all opposition and take the stage victory. We're crossing our fingers for more breath-taking battles on this slope in the 2017 race. 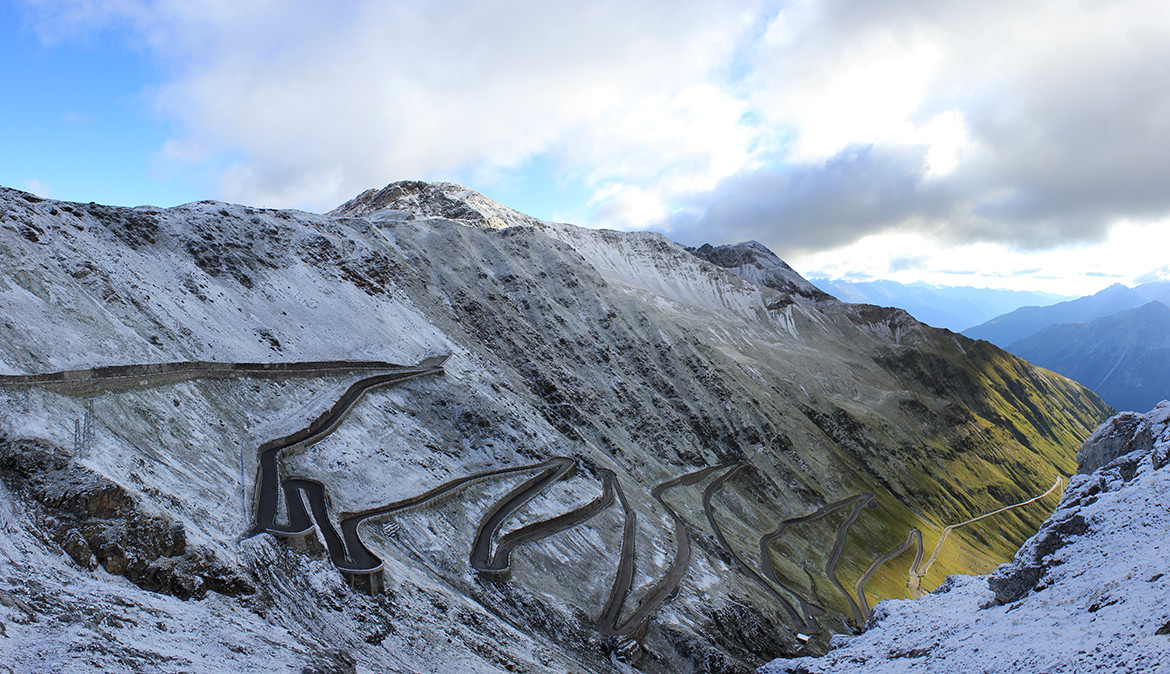 Awarded the highest and hardest rating by the race organisers, this stage is a five-star beast, set to test and torture the riders in equal measure. Three mountain passes, 222kms or 138 miles in length, with the Cima Coppi thrown in for good measure,this stage features the race's highest point. Hitting 1549 metres in altitude after 21 kilometres of climbing, the Stelvio Pass will offer up numerous switchbacks, assuring a thinning out the field, and a chance for the contenders to come to the fore.

This is another stage given cinque stelle, this is about as hard as riding bikes gets. Covering a shade under 4000 metres of climbing at average gradients of 7%, peaking at 15%, this is a rollercoaster of a day by bike. More up and down than John Lewis' dog on a trampoline, this ride will challenge climbers, descenders, and breakaway hopefuls, looking to grasp glory and that blue Mountains classification jersey, with the goal to carry it all the way to Milan. 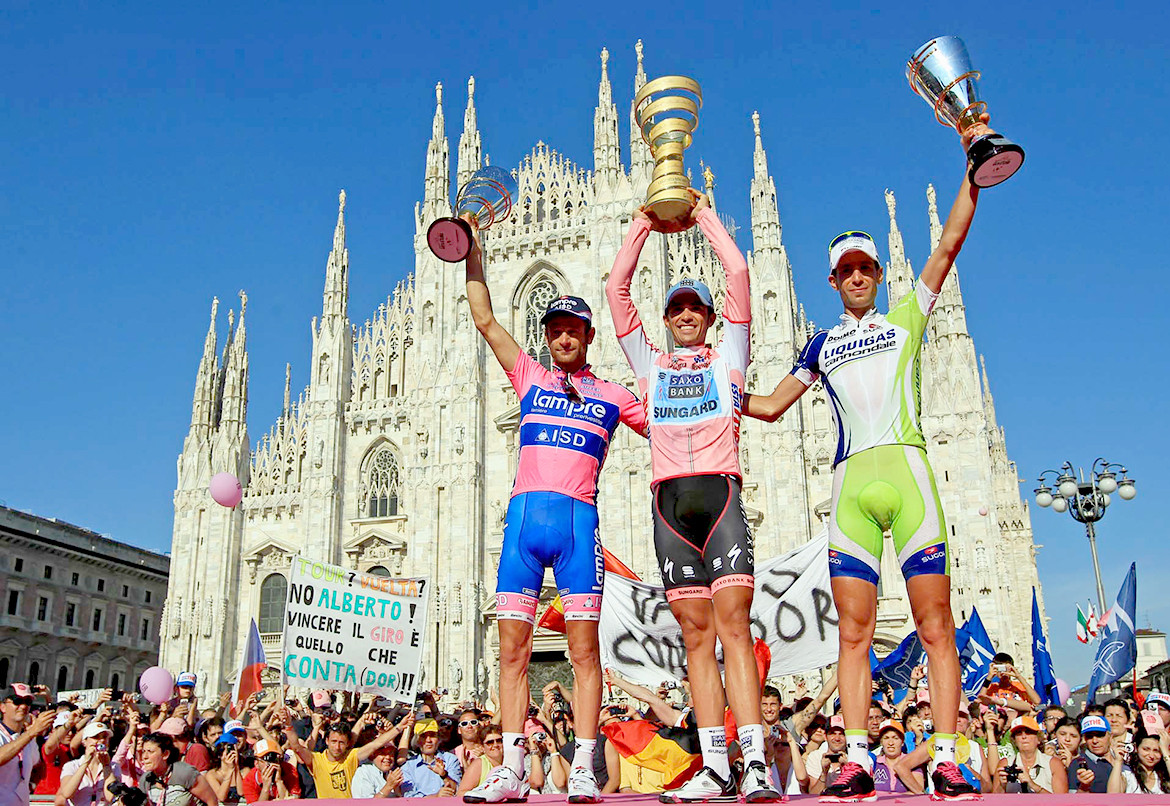 Bringing everything down to the wire on the final day of racing, the last stage of this year's Giro d'Italia is a 29.3km race against the clock. Starting at the famous Monza race circuit and cutting a sharp line to the centre of town, this race finishes in the grounds of Il Duomo - Milan's world-renowned cathedral and a suitable place in which to present the spiralling trophy to the Giro winner. 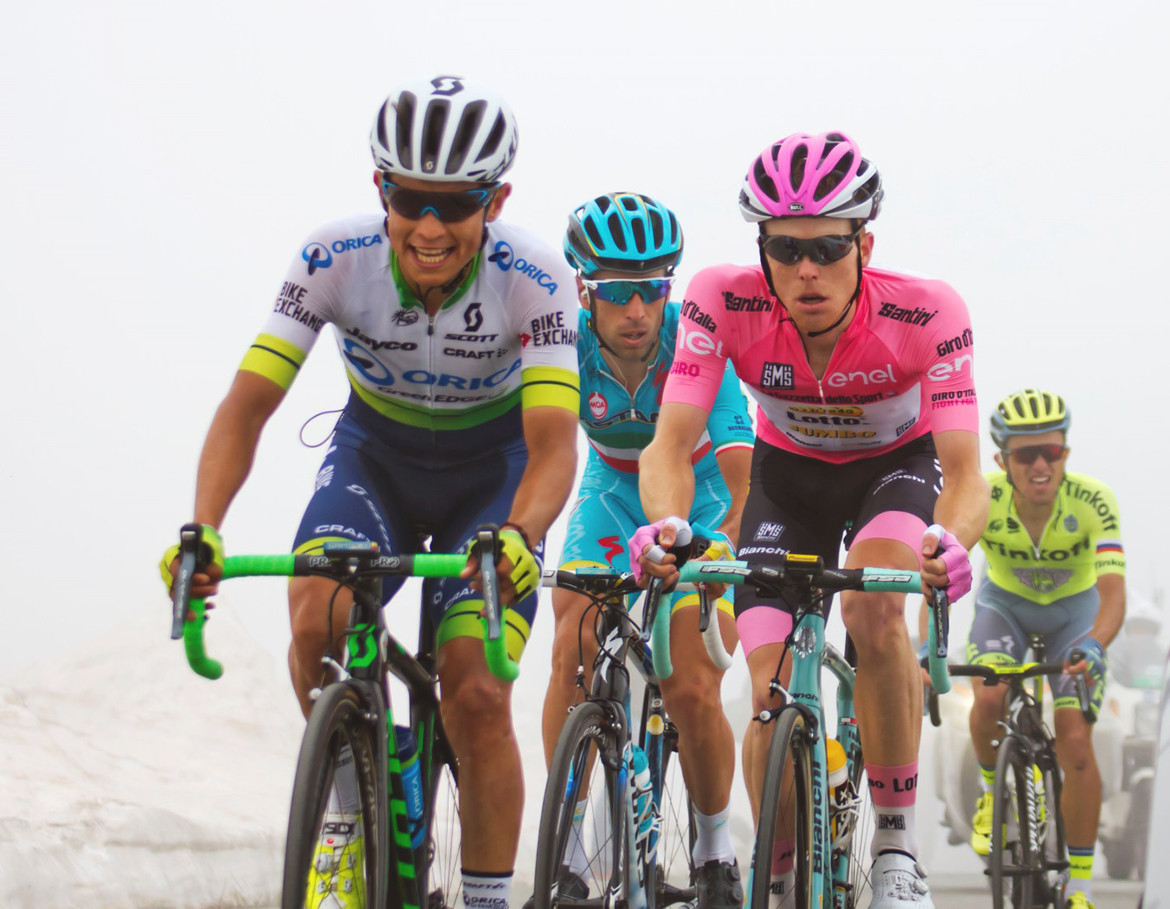 So who should you expect to see wearing which jersey? Well, this year we're set for a battle royale between the likes of Vincenzo Nibali and Nairo Quintana. These two former winners are sure to provide some drama in the GC, and pink looks likely to fall on either's shoulders at some stage. The particular focus on summit finishes perhaps favouring the Colombian, it's hard to not account for some upsets, perhaps coming in the shape of Steven Kruijswijk, who wore pink for a good stint of last year's race.

Team Sky's contenders include the Welsh strongman, Geraint Thomas, as well as the slight Spanish climber Mikel Landa; who could provide a decent challenge to the maglia rosa. The forever 'nearly" figure of Tejay Van Garderen once again mounts his challenge with BMC, whilst Tom Dumoulin lurks as a strong rider, who will take the chance to go for glory, if events present themselves.

The mountain jersey is likely to be wrapped up by Quintana, but other riders likely to sneak the occasional mountain stage could include Thibaut Pinot, Pierre Rolland, and, of course, British interest, Adam Yates, all having shown some form at grand tours in the past. 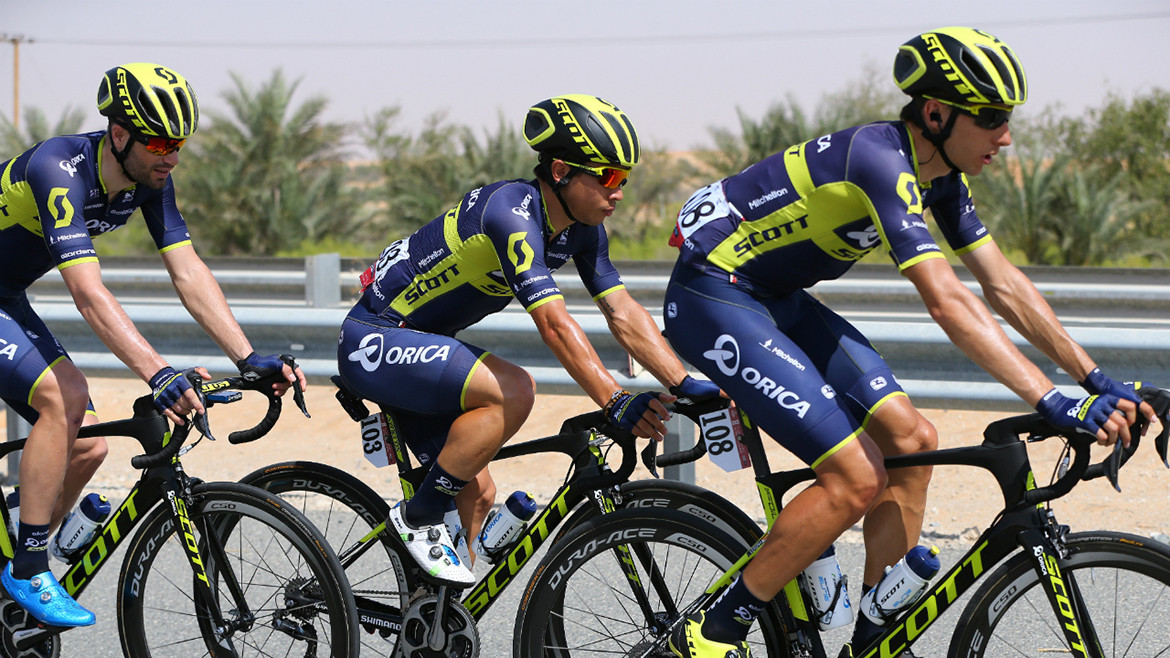 The red sprint points jersey remains a tantalising prospect. With such a mountainous course, there's little meat on the bones for hungry sprinters, yet fans of the lunge for the line will be eager to see André Greipel and Caleb Ewan going head to the head, whilst outsider Philippe Gilbert might well be able to put in a good showing after the steep slopes and flatter finishes.

With the young rider jersey looking set for the shoulders of Bob Jungels, the Luxembourgish rider faces competition from the Yates twins, both strong overall riders able to put in a good showing over the course of the event.

In the right gear 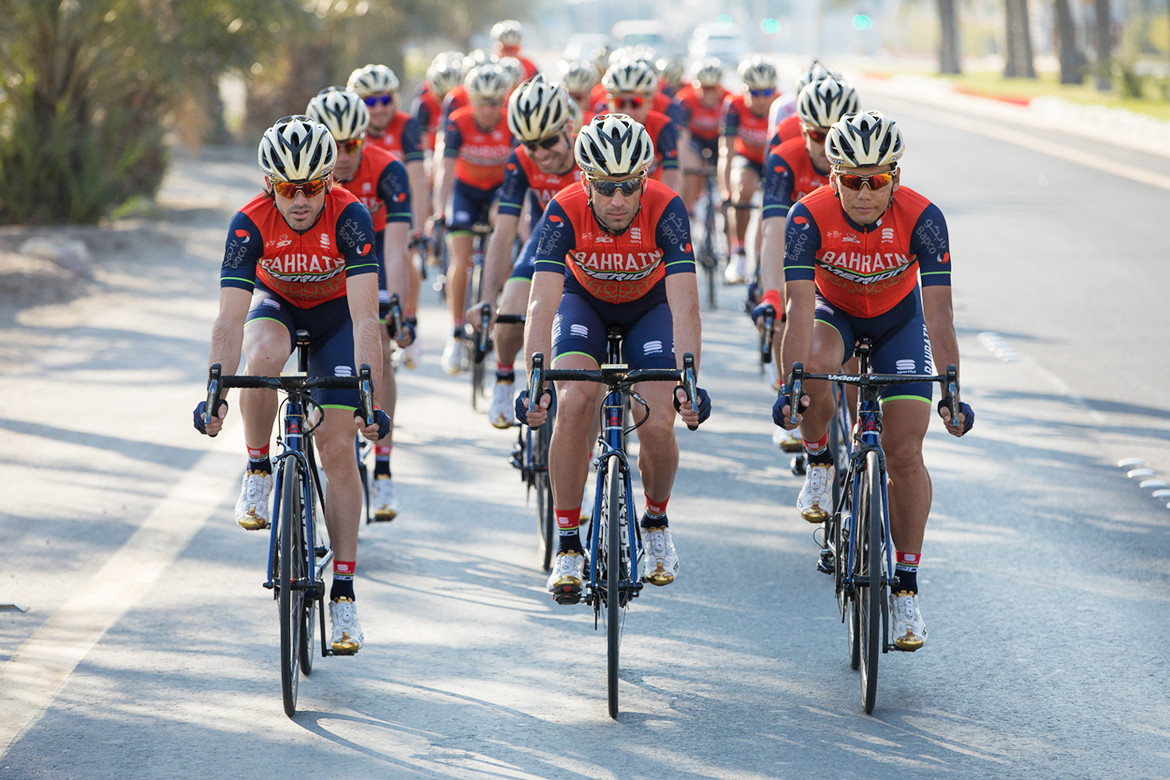 As we ramp up to the ride out on May the 5th in Sardinia, it's worth taking a look at the kit and equipment that will get these contenders to the line. Chief amongst those powering the pedals of the defending champion will be the Sidi Shot Bahrain Edition Road Shoes. A supreme high-quality choice, offering the stiff and direct transfer of power alongside the superlative breathability that assures the riders of a race-ready feel, these shoes are sure to touch the top step of the podium at some point as the race snakes north. 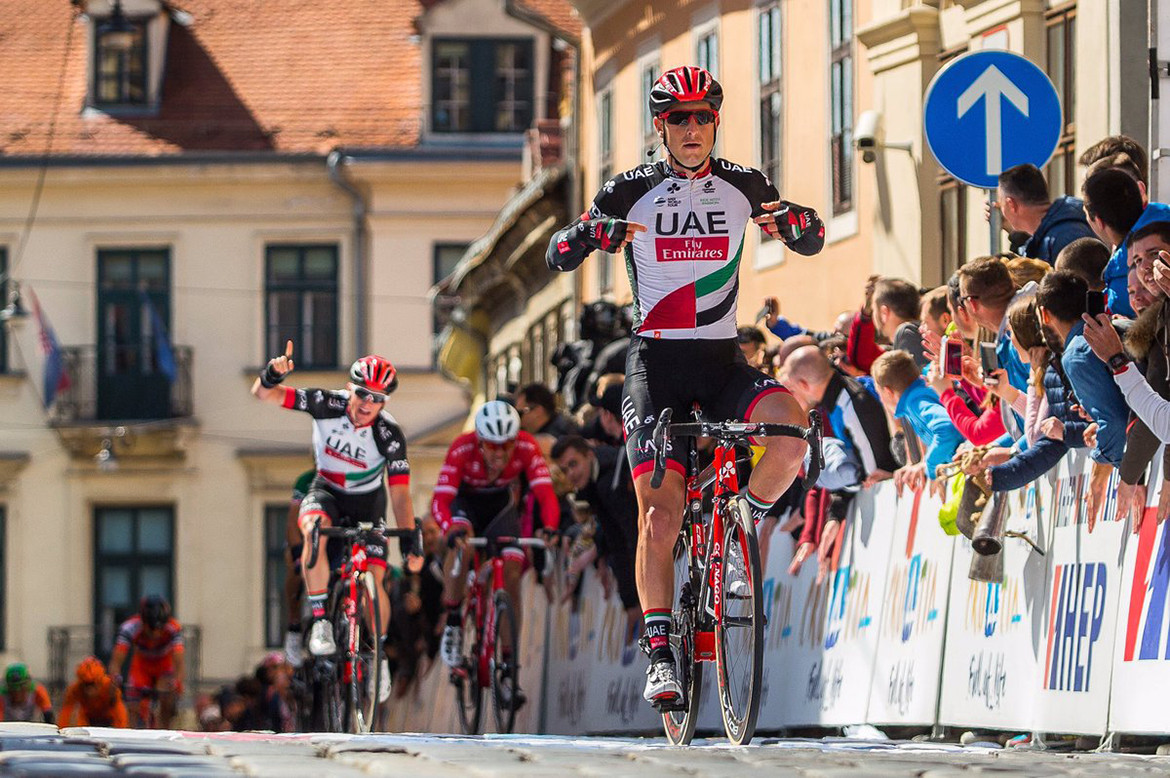 Amongst the selection of bikes that will be carrying riders through to the finish will be the Colnago C60 Frameset and Colnago Concept Road Frameset. These bikes will be used by the likes of UAE Team Emirates as well as Team Gasprom-Rusvelo. An all-Italian brand, this high-end road bike manufacturer will be welcomed around the route.

Shoes and saddle wise, another Italian brand sure to feature is Fizik. Providing riders with the enduring comfort they need over the course of the race, with Movistar, Ag2r La Mondiale, Cannondale Drapac, FDJ, and Katusha Alpecin all using saddles by this popular Italian brand. With their range catering for almost every sort of rider, the pros can be assured of a saddle that offers them the comfort they need over the course of this race. 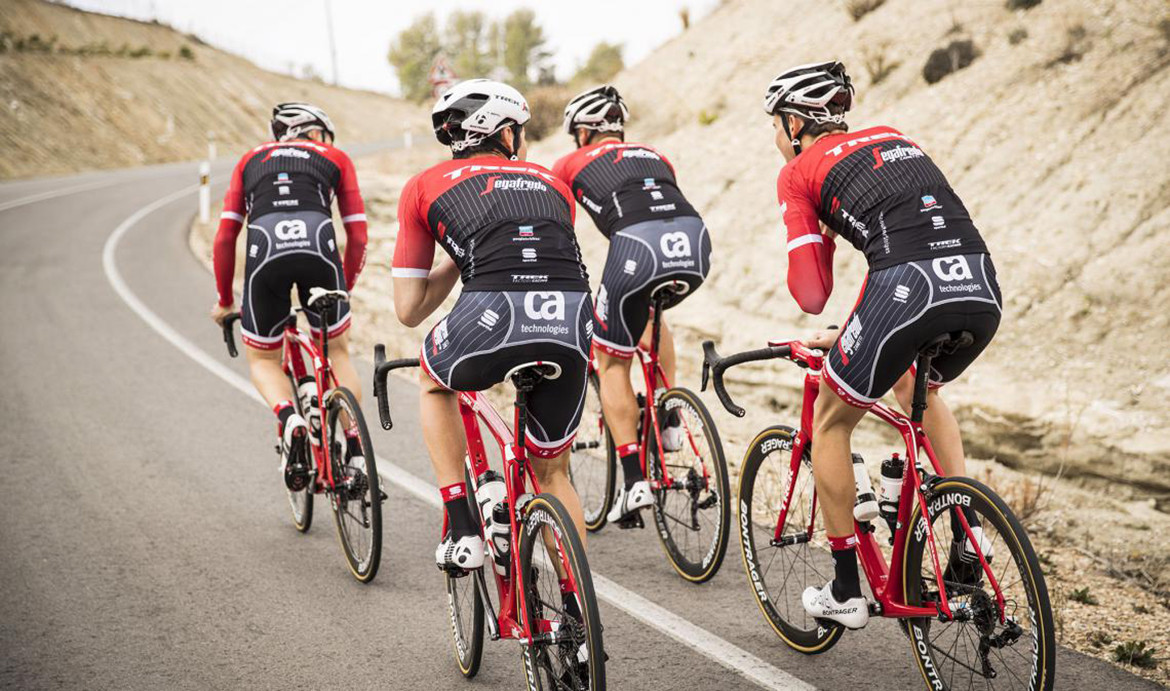 Finally, concerning clothing, it's interesting to note that US and Italian enterprise, the Trek-Segafredo Team will be wearing another Italian brand, Sportful. With the Sportful R&D Cima Short Sleeve Jersey printed up in team colours, Trek-Segafredo is set to do battle on the hot and sunny climes of mountainsides. Coupled with the Sportful R&D Cima Bib Short, this team is looking for comfort through supreme technical fabrics, helping them hit the highs, and take home titles.

So, as we eagerly await the start of this year's grand tour season, we simply can't help but celebrate this 100th edition of what is a historic and spectacular race. If you're coming over all Italian, perhaps you too might want to cast your eye over our best of Italy selection, featuring the top products to come from this land of fine food and frenzied cycling.